“You’re acting weird, Memaw, what’s up?” Jayme Caldwell asked, eyeing her grandmother with suspicion. Winnie Morrison was one of Jayme’s favorite people in the world. She was ninety-one years old but acted like a woman thirty years younger. She was a busy-body, but no one got upset with her for butting into their business because she was so nice about it. She never met a stranger, and it wasn’t unlike her to invite said strangers to her house for a cup of tea.

Jayme had moved down to Killeen, Texas, to live with her grandmother while she decided what she wanted to do with her life. She thought she’d found, or been building a perfect life in Seattle, but that hadn’t worked out…and it was also the reason she was now floundering trying to figure out what to do next.

“Nothing’s up,” Winnie said, not quite meeting Jayme’s eye.

Sighing, Jayme decided not to push. She’d find out soon enough what had her grandmother acting so odd. She kept looking down at her phone and smiling. Jayme had bought her the iPhone a year and a half ago so she could more easily keep in touch with their family, and she was worse than a teenager; constantly checking her texts and sending crazy memes to all her friends.

“Is dinner still going to be ready at six?” Winnie asked.

“Yup. Why, got a hot date?” Jayme teased. She’d offered to make dinner for her memaw. She loved cooking, but hadn’t had a chance lately to go all out. But tonight was the night. She’d prepared Caesar salad with homemade dressing, spinach artichoke dip with crackers, chicken parmesan stuffed shells, and her specialty Butterfinger cake for dessert. Of course, she also couldn’t resist making a loaf of banana bread, as well as Memaw’s favorite…old fashioned peanut butter cookies.

Baking made everything seem right in Jayme’s world…even when it was actually falling apart around her. When she was in the kitchen, all her stress seemed to fall away…and she could forget for a while why she’d moved to Texas to live with her grandmother.

“It smells delicious in here, love,” Winnie said as she came up beside Jayme and put her arm around her. Jayme wasn’t tall, but even at only five-five, she towered over her memaw. Winnie was only five-one but because of her outgoing personality, she seemed a lot taller.

“Thanks,” Jayme said, flushing with pride. One of her favorite things in the world was feeding people. It satisfied something deep within her.

“Why don’t you go upstairs and change,” Winnie suggested.

“Change?” Jayme asked in confusion, looking down at herself. She had on a pair of jeans and a T-shirt. The apron over her clothes was covered in flour and other smears of food. She wasn’t the neatest cook, but no one had ever complained after they’d tasted what she’d made.

“Yeah. Maybe put on that sundress you were wearing when you got here. It’s cute and looks great on you.”

Jayme wrinkled her brow. “But it’s just us. Why would I dress up?”

Her memaw shrugged. “I don’t know, why not? I put on one of my favorite dresses.”

Jayme nodded. She hadn’t wanted to ask her grandmother why she’d gussied up; she was eccentric on her best days. And she supposed it wouldn’t hurt to change. She’d learned over the years that it was easier to humor her memaw than argue with her.

Wiping her hands, Jayme put the dishtowel down on the counter and headed for the stairs to her bedroom. Winnie didn’t have a lot of space in her house, but that suited her just fine. She had a housecleaner who came in once a week to help keep things clean and tidy, and she’d said more than once that she didn’t need a huge house. Then she’d winked and told Jayme that if she ever moved, she’d no longer be able to ogle the hot Army soldier who regularly mowed her lawn.

Jayme shook her head as she took off her shirt and jeans. Her grandmother was hilarious, and she dreaded the time when she wouldn’t be in her life anymore. No one understood her like Memaw did. Not even her parents.

Jayme had already tried to explain to her mom how she felt about what had happened back in Seattle, but Mom didn’t understand what the big deal was.

After slipping the red sundress with white polka dots over her head, she sat on the edge of her bed and sighed.

Thinking about the bakery that she’d thought would be hers one day was depressing. She’d worked her ass off at The Gingerbread House for a decade. Jayme had been assured that when the owner retired, she was going to sell it to her. Claire was a sweet old woman who loved baking as much as Jayme did.

But three months ago, she’d pulled Jayme aside and informed her that her nephew would be taking over the bakery.

Shaking her head and trying to banish the thoughts of how horrible the last three months had been, Jayme stood and went into the bathroom in the hallway. Staring at her reflection, she couldn’t help but wince. She looked rough. Her cheeks were pale and the dark circles under her eyes made it clear that she wasn’t sleeping well. Her light brown locks were in disarray, having been thrown up in a messy bun to keep them out of her face while she cooked.

Jayme took out the scrunchie and quickly brushed her hair. It was thick, and most of the time a pain in the butt to deal with. The ends curled around her breasts, which Jayme thought were too big for her frame. The sundress hugged her curves as well, making her a little uncomfortable, but since it would just be her and her grandmother tonight, Jayme left off the wrap she usually wore to try to hide behind.

Standing up straight, Jayme took a deep breath. She wasn’t exactly ready to walk a red carpet, but she begrudgingly admitted the dress was flattering. Jayme was working on her self-confidence, in all aspects of her life. Losing the chance to own her own bakery had been a blow to her self-esteem. She was a damn good baker, and cook, and was happy to spend as much time with her memaw as she could.

Not bothering to put on makeup—she was drawing a line there—Jayme turned and headed for the stairs once more. She needed to check on the stuffed shells and stir the dressing. The smell of freshly baked cookies permeated the air, making Jayme smile as she headed for the kitchen.

Stopping in her tracks at the edge of the small room, Jayme blinked in confusion.

Her memaw was in the kitchen—along with a man Jayme had never seen before.

“Oh, here she is!” Memaw said brightly. “Come in and meet Rocket, love.”

Rocket? Jayme was immediately confused, but she stepped forward politely.

“This is Rocket Long. I met him at the grocery store, and he was kind enough to help me to my car with all my parcels. He works on the Army base here as a helicopter mechanic. He’s stopped by a few times to see how I’m getting along.”

Looking up at the tall man standing beside her grandmother, Jayme had to force herself not to turn tail and run.

He was absolutely gorgeous.

At least a foot taller than her, the man had black hair with a bit of gray at the temples and a sexy five o’clock shadow. His lips were full and currently quirked upward in a small smile. He had a square jaw, brown eyes the color of semi-sweet chocolate…and he smelled delicious. Like citrus. She assumed it was either his shampoo or his soap. Whatever it was, it made her want to bury her nose in the crook of his neck.

“And this is my granddaughter, Jayme Caldwell. She just moved here from Seattle. She’s an amazing baker. Just wait until you taste her pastries. They’re to die for.”

“It’s nice to meet you,” Rocket said with a nod in her direction.

Jayme gave him a small smile, feeling immensely uncomfortable. She was great with strangers when she was working, not hesitating to offer suggestions as to what treat to try and explaining the ingredients in the delicacies she made, but socially, she’d always been awkward. Never knowing what to say or do around people she’d just met.

Memaw’s phone trilled with the chime she’d downloaded for her text messages. Looking at her phone, she frowned. “Oh, dear,” she said.

“Nothing. I just forgot that I said I’d go with Maude to bingo tonight. She’s here now to pick me up. I’m so sorry, love. Rocket, you’ll stay and keep my granddaughter company, won’t you? She made this big meal and it shouldn’t go to waste.”

Jayme’s face flamed. Darn it. She knew her memaw’d had something up her sleeve. Asking her to change into her sundress, to fix a grand meal for them tonight. She’d totally set this up! There was no way she’d forgotten about bingo with her friend. Winnie had a mind like a steel trap. She might be old, but her mind was as sharp as ever.

“She worked on dinner all afternoon,” Winnie said, not letting Rocket graciously get out of the meal. “I’ll be back by nine or ten. Don’t wait up!”

Then she put a hand on Jayme’s arm and stood on tiptoe to kiss her on the cheek. “Have fun,” she whispered, winked, then turned and headed for the front door without a backward glance.

Jayme pressed her lips together and took a deep breath. She turned to the man still standing in her memaw’s kitchen, looking out of place and completely dwarfing his surroundings. He smiled at her, and Jayme almost melted right there. The man was way too good-looking for her own good.

“You don’t have to stay,” she assured him. “If you’re hungry, I can package some food up for you, but as someone who’s been on the receiving end of Memaw’s machinations too many times to count, I know how it feels to be blindsided by her.”

“Is your cooking as good as Winnie claims?” Rocket asked.

Jayme wasn’t conceited. Didn’t like to brag. But she knew she was a good cook and baker. She shrugged and simply said, “Yes.”

“Then if you aren’t too uncomfortable to eat with a stranger, I’d love to stay.” 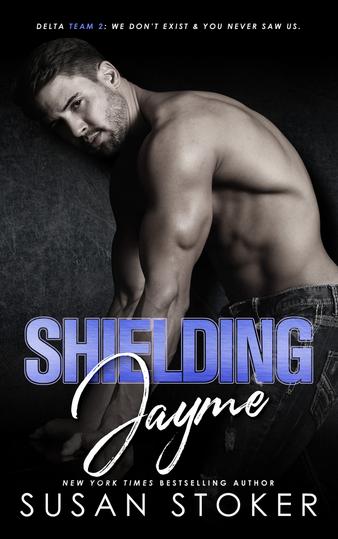 After a decade of hard work and dedication, Jayme Caldwell’s dreams of a Seattle bakery are whisked out from under her. She’s licking her wounds in Killeen, Texas, living with her memaw, Winnie, while contemplating her future. Of course, Memaw knows exactly the kind of future her granddaughter needs…and it starts with a handsome young man she tricks into having dinner with Jayme. She’d be upset…if the man wasn’t something straight out of any red-blooded woman’s fantasies.

Rocket Long never suspected the sweet little old lady he’d befriended at the grocery store would turn out to be a conniving matchmaker, cleverly setting him up with her beloved granddaughter. But once he lays eyes on Jayme, Rocket can’t be too upset. Especially when, at forty, he’d already given up on finding “the one.” Suddenly, the love and family he’d all but given up on could be his for the taking.

But life is precious. And short. And happiness can be snatched away in the space of a breath. All things Rocket may discover the hard way…before he even gets his ring on Jayme’s finger.